I received an ARC for this book which I passed on to #ownvoices reader. And then bought my own copy. 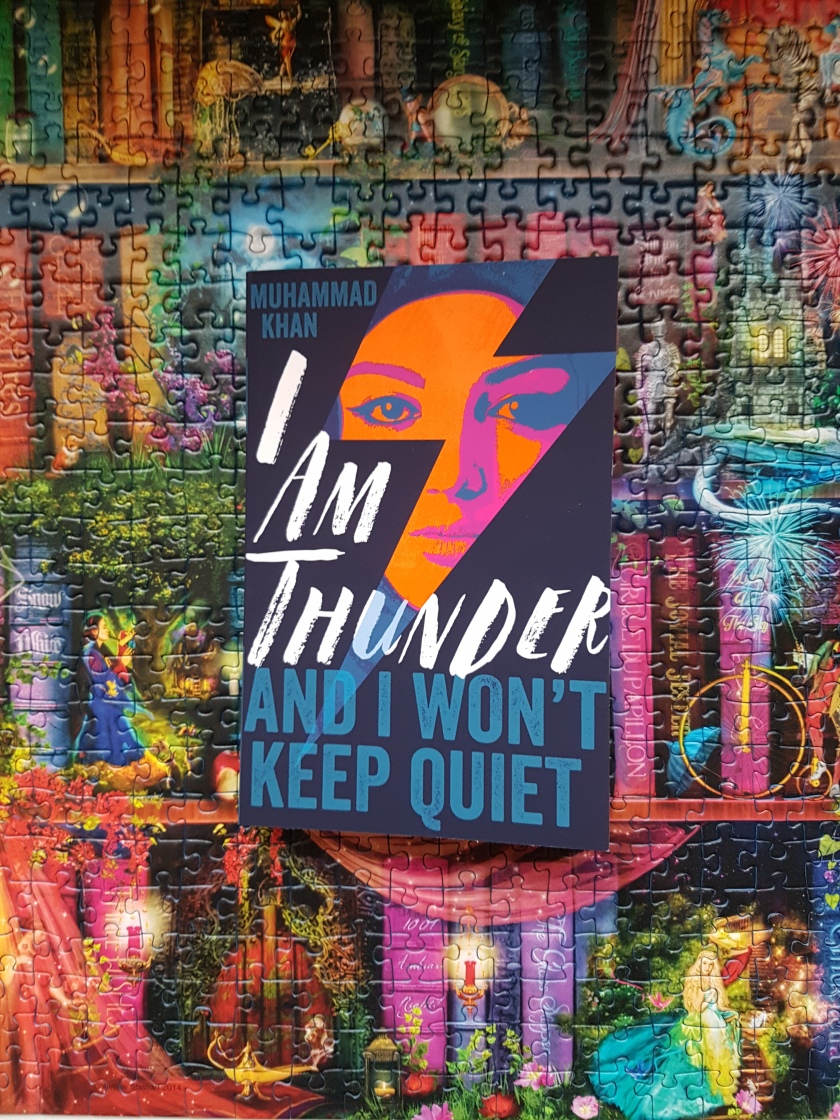 I Am Thunder by Muhammad Khan

Fifteen-year-old Muzna Saleem, who dreams of being a writer, struggles with controlling parents who only care about her studying to be a doctor. Forced to move to a new school in South London after her best friend is shamed in a scandal, Muzna realizes that the bullies will follow her wherever she goes. But deciding to stand and face them instead of fighting her instinct to disappear is harder than it looks when there’s prejudice everywhere you turn. Until the gorgeous and confident Arif shows an interest in her, encouraging Muzna to explore her freedom.

But Arif is hiding his own secrets and, along with his brother Jameel, he begins to influence Muzna with their extreme view of the world. As her new freedom starts to disappear, Muzna is forced to question everything around her and make a terrible choice – keep quiet and betray herself, or speak out and betray her heart?

A stunning new YA voice which questions how far you’ll go to protect what you believe in.

It was quite interesting to step into Muzna’s shoes. I am not Muslim but I could still heavily relate to Muzna as a teen. The overbearing parents and the bullying and the shyness and wanting to do something different, all where parts I found interesting.

Moving school helps Muzna realise that she has a voice and I loved that, the way she starts to wonder why she has been doing exactly as she is told and questions things. She comes into herself and slowly figures out who she is.

To say much more would be to spoil the story but I found it interesting and powerful and think everyone should give this a go. However this is more definitely geared to teenagers/young adults in the writing and that is what I took away from it (it is at times a little too much for me).

The only books in similar league to this are Dear Martin and THUG.