A slightly moon themed box, as we know Book Box Club tends to be less “popular” books (not that they aren’t good books, but it is the kind of box I’d recommend buying for diverse and not hyped enough kind of books), but the content tends to be nice and you get the benefit of the Clubhouse, so let’s see the contents starting with theme card and going clockwise:

One more thing I want to highlight is that Book Box Club have been super clear when they have had delays, and even then the delays have been minimal. They even managed to get a replacement book for a previous box when the publication date got moved and found a perfect replacement in a short span of time. I can highly recommend them as great customer care, great service and nice little perks.

I saw this book on Twitter and it felt very tempting to read and buy, so I preordered and lo and behold, it did not disappoint.

For starters the house where Betsy lives is full of ferns and it has a piano and she’s the daughter of two famous pianists, so she has to become the next one, like them. Her very patient grandfather is happily teaching her despite the potential failures.

Betsy tries so hard to make her parents porud but something just doesn’t work, instead she gets a letter on the post with the promise of a secret way to be able to play the piano like her parents. It comes free, but the only thing is, she has to keep the method a secret.

She accepts and oh, the delightful brilliant madness of this comes true. I loved the secret method and it just made me feel happy to read the book.

There was a lot of “want to hug you and reassure you” feelings towards Betsy as she is doing her best to impress her parents. It highlights how conversations adults have can make a big impression on a child and affect their perception of themselves and of their future.

And of course there’s a lot of humour and things to make you smile and the sweetness of a good children’s book that will leave you feeling like you’ve just had a nice plate of warm cookies, your favourite kind.

I recommend this book if you like music, fun families, crazy stories and lots of little giggles, and of course, if you are curious about what the 44 tiny secrets are. 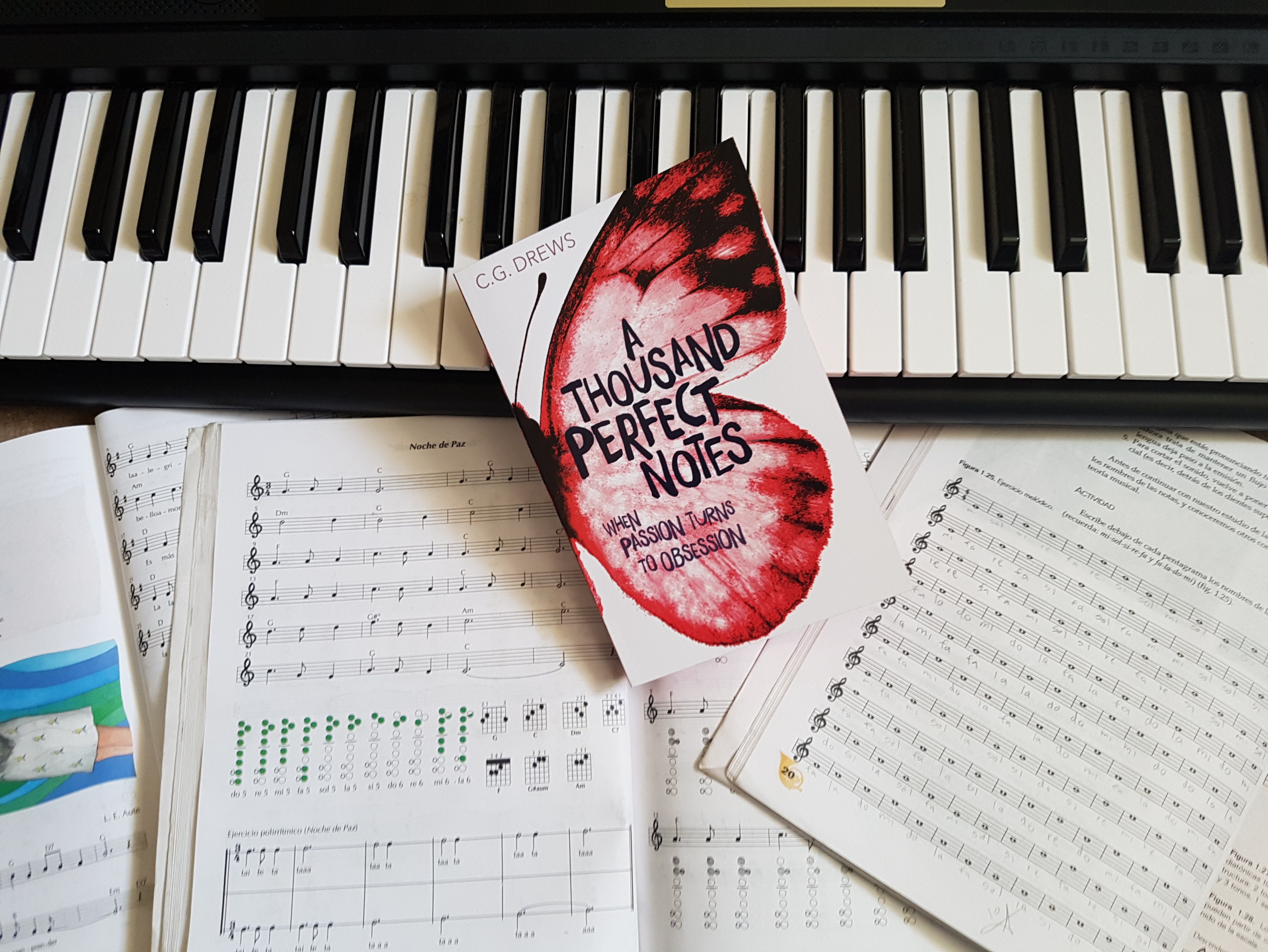 An emotionally charged story of music, abuse and, ultimately, hope.

Beck hates his life. He hates his violent mother. He hates his home. Most of all, he hates the piano that his mother forces him to play hour after hour, day after day. He will never play as she did before illness ended her career and left her bitter and broken. But Beck is too scared to stand up to his mother, and tell her his true passion, which is composing his own music – because the least suggestion of rebellion on his part ends in violence.

When Beck meets August, a girl full of life, energy and laughter, love begins to awaken within him and he glimpses a way to escape his painful existence. But dare he reach for it?

As you can see, I like music. And I had composed/made some songs up, some music, and sometimes lyrics a few years back. But then life happened and something traumatic disrupted my life. I haven’t played the piano for almost four years.

Why am I telling you this? Because those are a few reasons why I wanted to read this book. It is about the piano, it is about music, about abuse and trauma, and it is about life.

It is very hard to read, August is wonderful, but Beck’s life is difficult and some of what happens is extremely hard to read (I would say a trigger warning for abuse and violence should be made here, same as gaslighting). But it was well done. It wasn’t crude or badly done, instead it built a story and it made it become alive. It was a vibrating stacatto at times, and it was good.

I don’t want to spoil this book but I would just say to go read it if you think you can.

Don’t let life keep you away from things you love to do. I am struggling on what to recommend here, mostly because it is a difficult book to match to others, I remember reading a book about a gilr who played the piano that somehow I could recommend but I can’t remember the title. Maybe I will at some point…